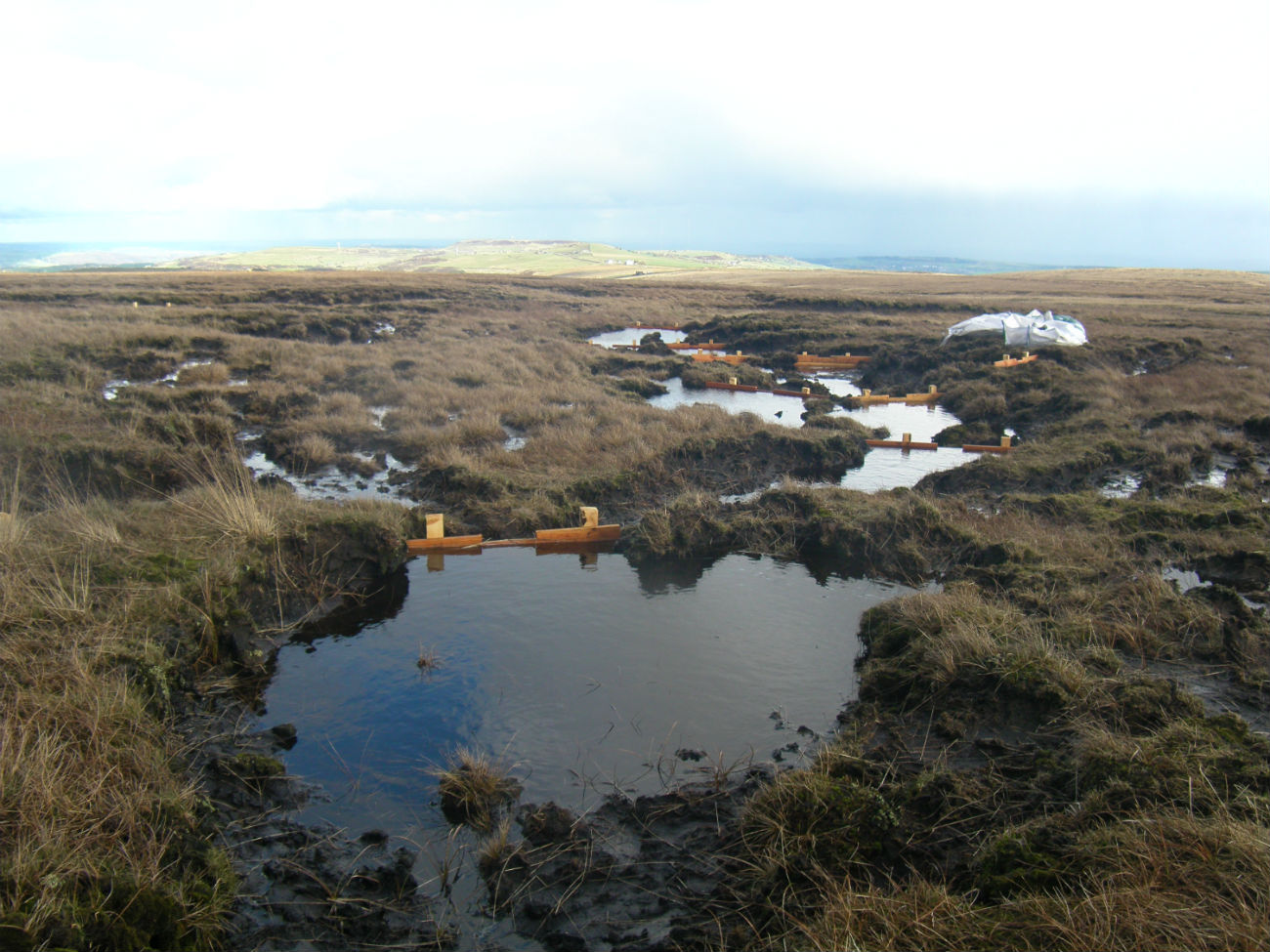 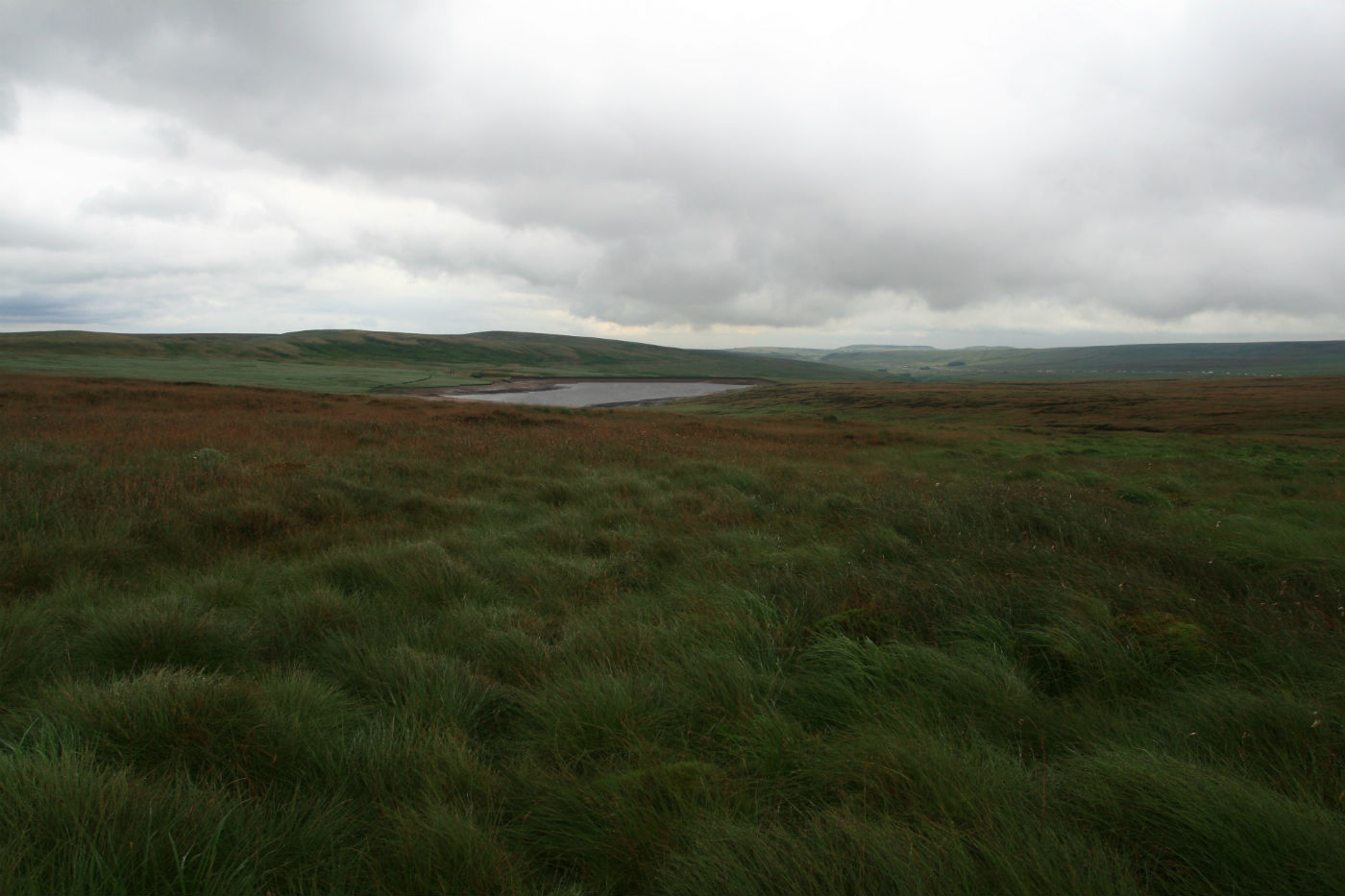 Up to 96 per cent of the land cover was blanket bog.

During the work nearly 2,000 bags of heather cuttings (brash) were flown in and spread.

Over half a kilometre of geotextiles was flown in to site and then used to stabilise the bare peat to prevent further erosion.

Almost 860 tonnes of lime was spread to temporarily reduce the acidity of the soil, caused by years of industrial pollution and 17 tonnes of grass and heather seed were spread to kick-start the revegetation process.

Over 28,000 plug plants including native bilberry and cottongrass were introduced.

To rewet the bogs and create conditions, in which a whole range of plants and insects thrive, 570 million sphagnum moss fragments were spread and 3240 sphagnum plug plants introduced.

Birds of European importance including the dunlin, snipe, curlew, and twite breed and feed at Rishworth Common. The curlew overwinters in Morecombe Bay and then flies inland to breed – its distinctive cry is one of the first calls of spring.

Rishworth Common is to the west of Huddersfield and can be accessed from the M62, which runs through the lower section, Moss Moor. It lies on the Pennine Way. 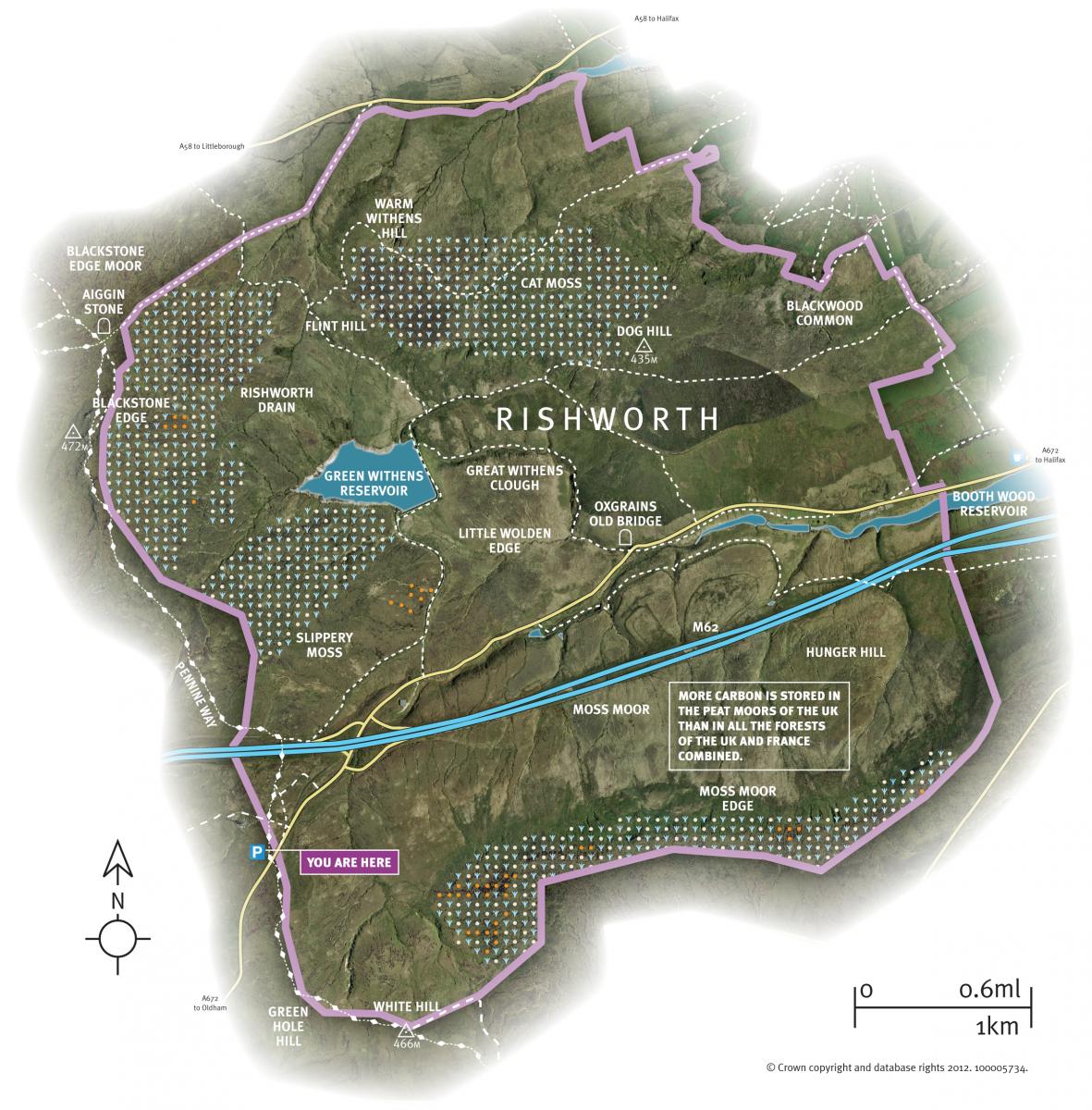 Cotton grass, geotextile and the view of the M62 at Rishworth common 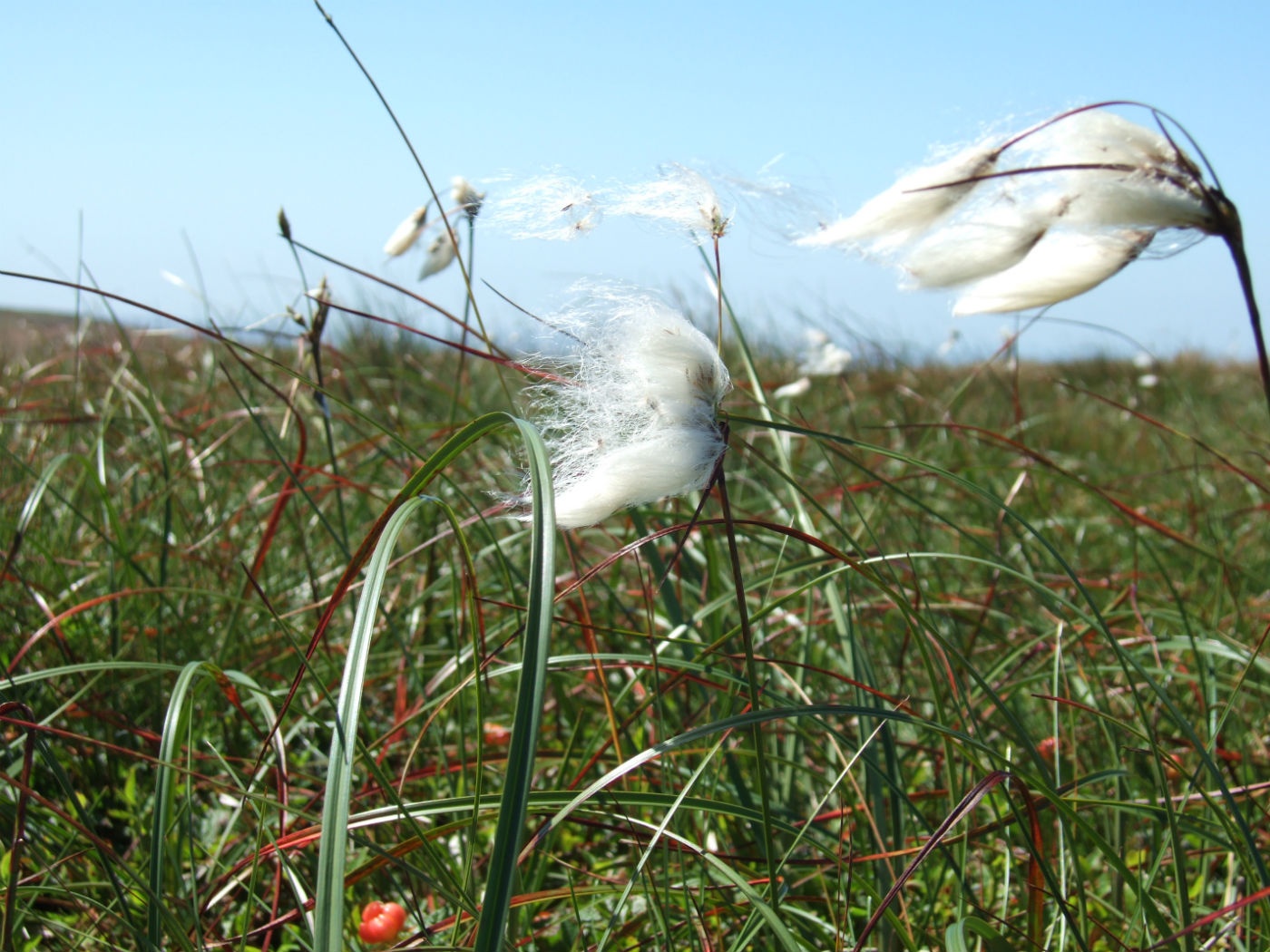 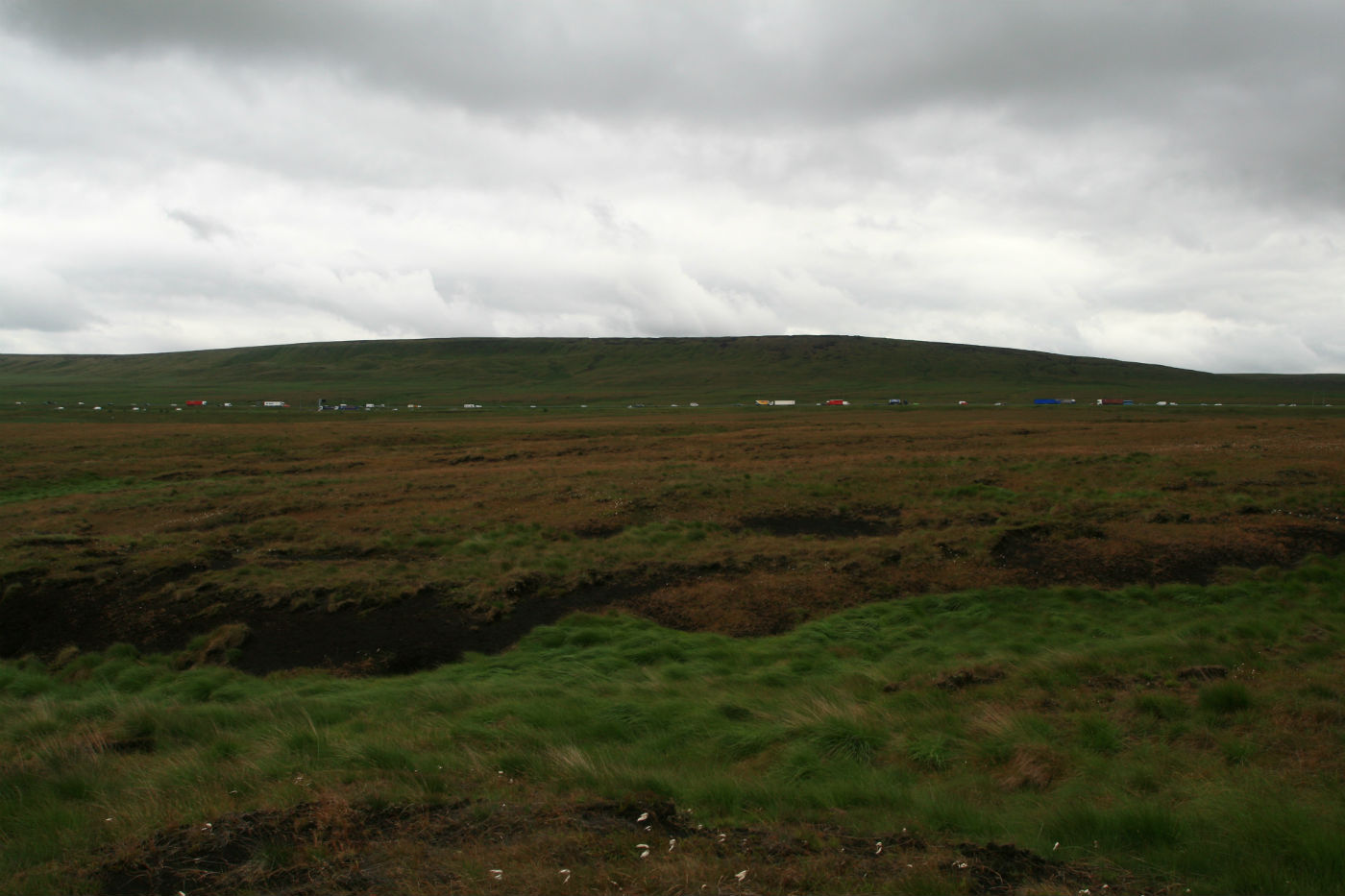 In this audio guide, hike across Rishworth Common and learn more about conservation works being undertaken here – including what’s being done, and most importantly, why! 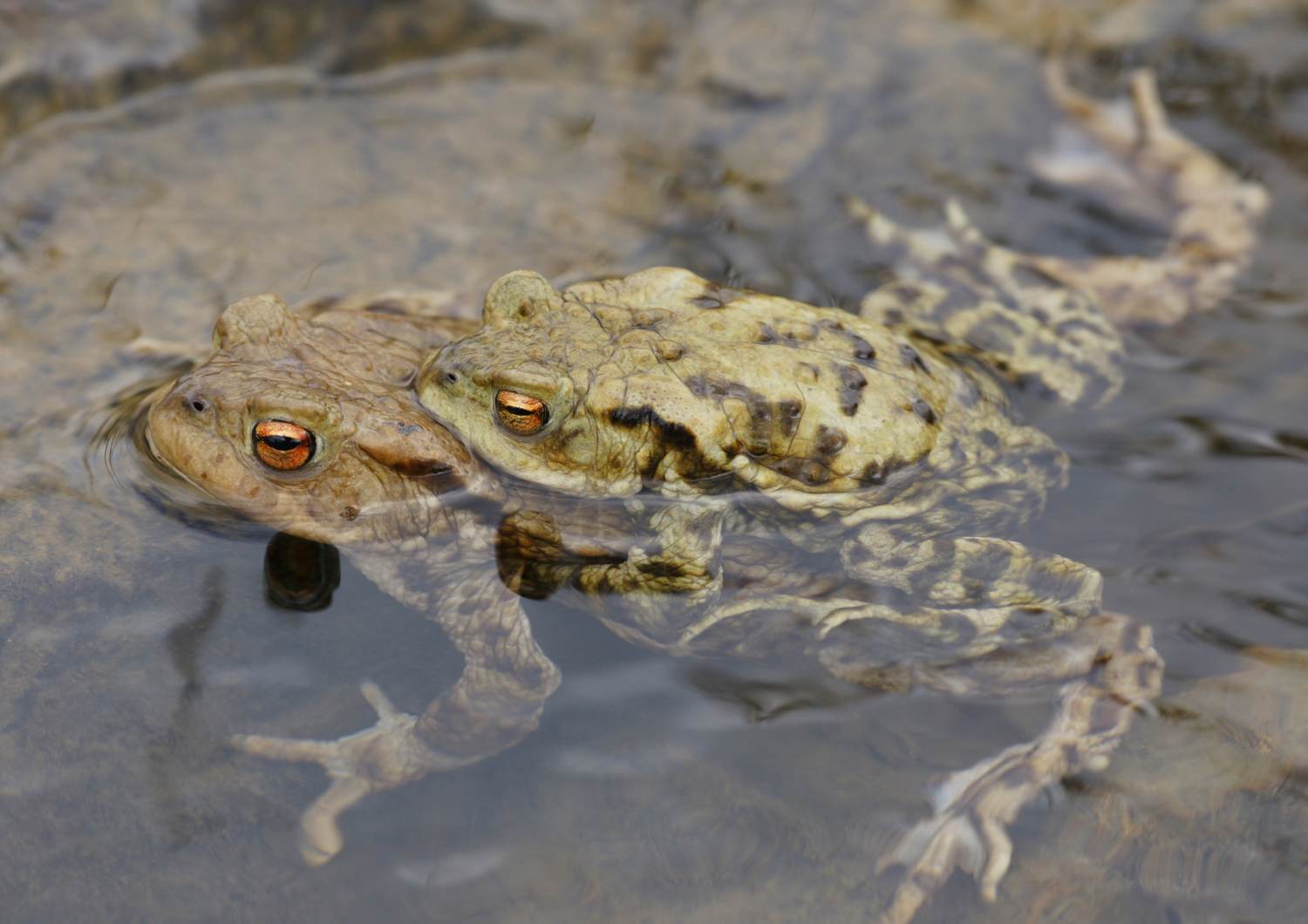