To complete the restoration of an active blanket bog, where the top layer (acrotelm) contains living plants and is actively creating more peat, Sphagnum mosses need to be reintroduced.

Sphagnum mosses in the Peak District have declined drastically, largely due to historical industrial pollution.

Due to the rarity of Sphagnum to act as a source material, new methods of reintroducing it over large areas were developed over the course of the MoorLIFE project. 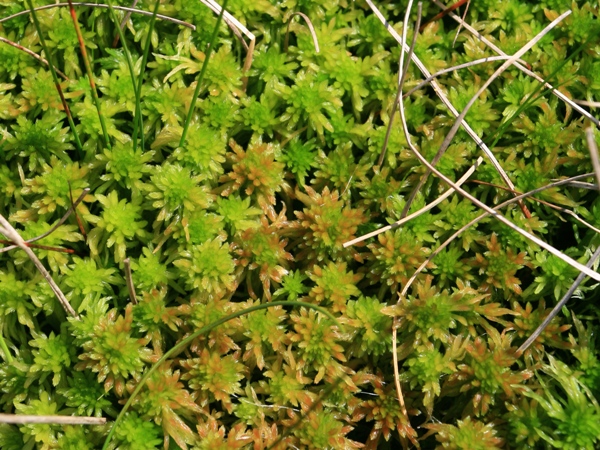 A decision was made to propagate eleven species of Sphagnum mosses using the same micro-propagation techniques that were used for growing plug plants.

These propagated plants are chopped into fragments and used in a number of different ways. They can be placed in a protective bead (propagule) and be applied directly onto the peat.

This was suitable for application over a large area. Sphagnum mosses grow very slowly, and it takes two to three years for moss fragments to become established.

The fragments can also be grown in a greenhouse as plugs which are planted out by hand in a targeted application. 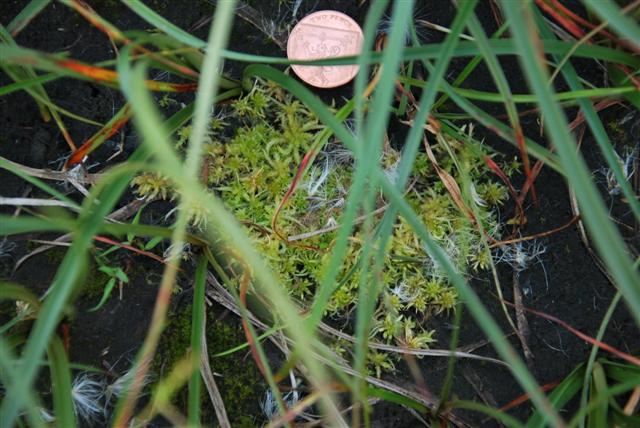 A Sphagnum micro-hummock after three months of growth. The coin is to provide a scale.

Where there is Sphagnum already growing nearby, the material can be translocated in hummock form to provide an established plant, without damaging the original donor location. This work has been pioneered by the RPSB in another part of the Peak District.

An advantage of using plug plants and hummocks is the plants take less time to become established. 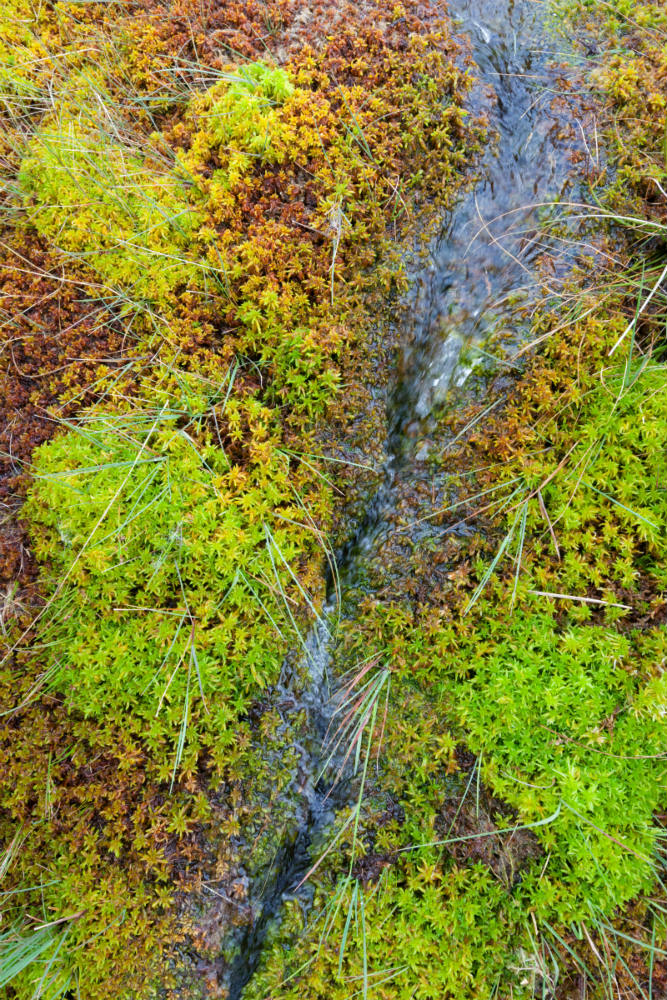 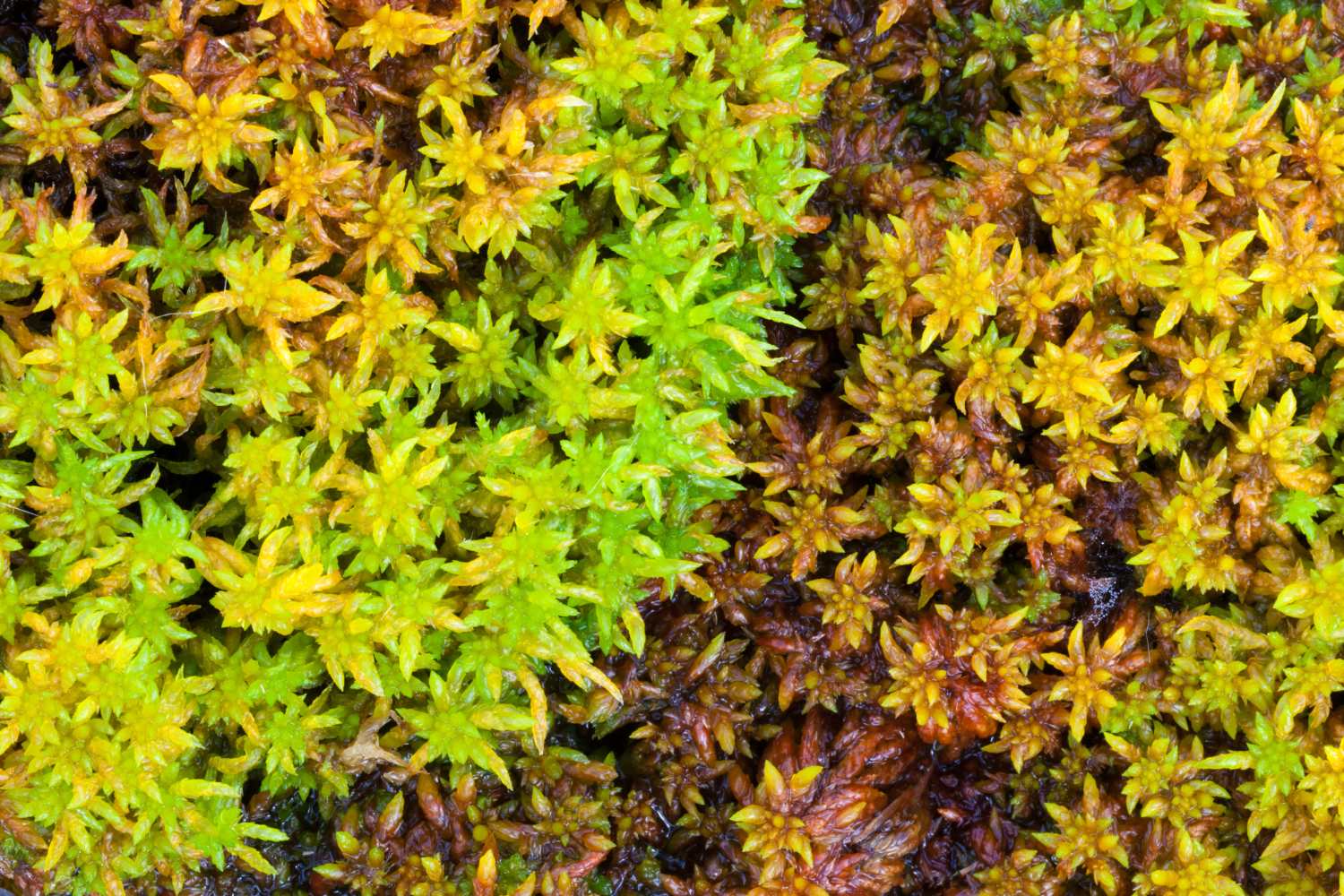 Contribute to the Big Moss Map

Benefits of our work