Making Space for Water In Detail

Flooding causes havoc, distress and economic damage for many communities 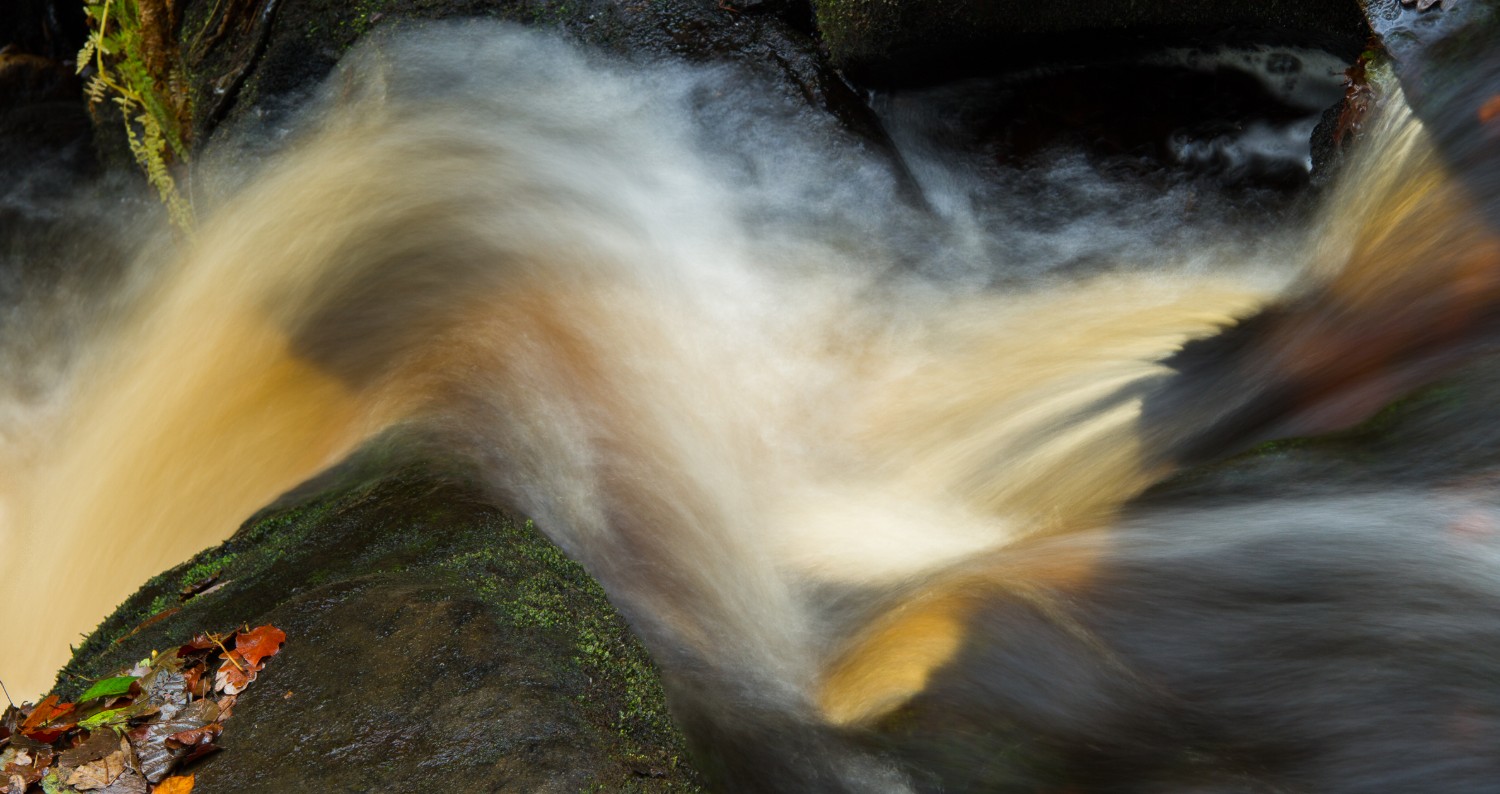 Making Space for Water was a government-led project to find out if we can alleviate this by moorland regeneration.
We tested whether re-planting barren moorland can help:

Since then we have built up a bank of evidence indicating that moorland planting and damming can help reduce flooding and create wider benefits for the environment and communities.

What was the aim of the project?

The primary aim of the project was to test whether nature can be harnessed to reduce flood-risk. The River Derwent is known for flooding in its lower reaches, making riverside villages, towns and cities such as Matlock, Derby and Nottingham vulnerable to damage. The main cause may be traced back to its source high on the Peak District moorlands. During heavy, prolonged storms, rainwater streams off bare, damaged moorland with no plants or natural barriers to hold it back. Gathering force from multiple channels it ends up in the River Derwent, causing surges which can flood farmland, roads and communities. Our main purpose in Making Space for Water was to provide the Government with the UK’s first scientific evidence on whether regenerating damaged moorland could be a viable way to help reduce flooding.
But we were also investigating the potential wider benefits of moorland regeneration for:

We are also exploring whether regeneration schemes could be made economically viable for landowners and managers.

After nationwide floods in 2007, Sir Michael Pitt’s Review recommended that natural defences should harnessed to complement engineered barriers to reduce flood risk.
Among his suggestions was that Defra, the Environment Agency and Natural England should work with partners to re-plant, restore and manage uplands to slow water run-off.
One of the biggest blocks was lack of scientific evidence for its effectiveness and economic viability.
To supply such evidence, Defra provided nearly £1m to launch three long-term demonstration projects in 2009:

Each is investigating different approaches to flood reduction in different landscapes.
Defra’s overall title for these three projects is the “Multi-Objective Flood Management Demonstration Scheme.” 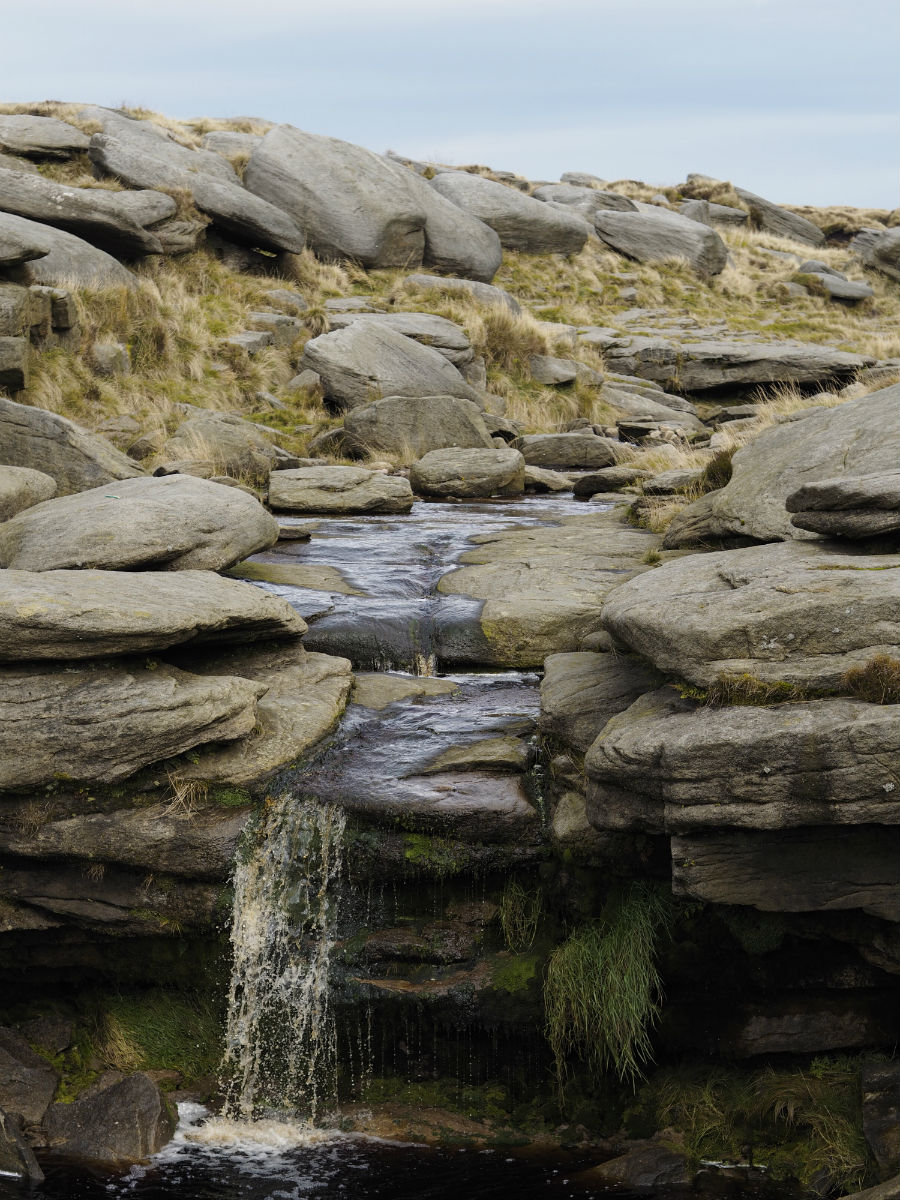 How did Making Space for Water work?

In Phase 1 (2011-2012), contractors, staff and volunteers planted some 39,000 plug plants and built 1,388 stone dams and 834 timber dams.
The result was a network of mini reservoirs surrounded by vegetation – thus “Making Space for Water.”
In addition, two similar-sized areas were selected on nearby Bleaklow plateau for comparison, one of which was revegetated much earlier - in 2003 - and one which had never suffered much loss of vegetation or damage (called Intact by the researchers).
All restoration and gully-blocking was complete by March 2012.

How was the water-flow measured?

In Phase 2 (2012-2015), researchers from Moors for the Future and the universities of Manchester and Durham, monitored each site to compare how they performed at slowing the flow into the Derwent’s tributaries.
They measured water volume and movement from 144 storms over the three test-beds and two comparison sites.
From these measurements they created hydrographs – graphs showing the rate of water-flow (discharge) over time past a specific point.
Using hydrographs from each storm and site they were able to identify lag-time (time in minutes between maximum rainfall and maximum discharge).
They also created a Hydrograph Shape Index to show how the peak storm discharge related to the total storm discharge. This enabled them to differentiate between high “flash” surges and longer-lasting, lower peak flows.

What were the results?

To sum up: revegetation does significantly reduce and slow run-off, and revegetation plus gully-blocking works even better.
Our researchers found that:

The site where revegetation combined with gully-blocking slightly exceeded this.
Scientific modelling suggested that if just 12 per cent of the Derwent’s headwater catchment area had been revegetated before the biggest storm in 2012, it would have reduced peak discharge by 5 per cent and, with gully-blocking, by 8 per cent.
Using the data to predict the effect downstream, the researchers concluded that moorland regeneration would help lower flood-risk in the lower reaches of the River Derwent.
We expect the results will change as the vegetation matures, and this will be monitored too. 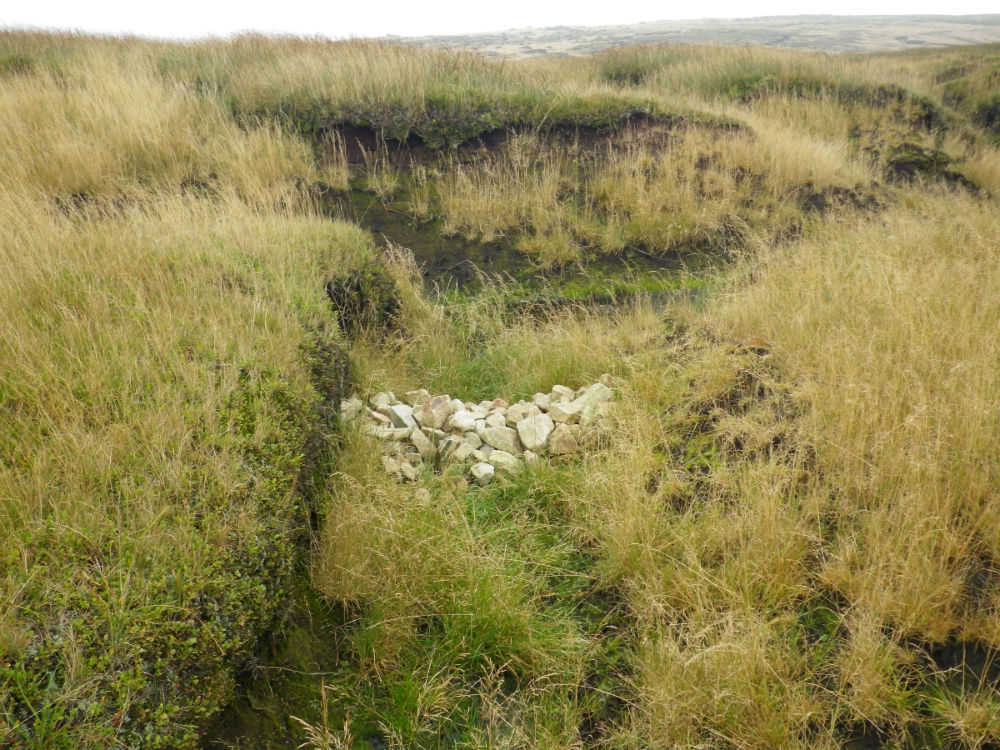 What’s in it for landowners, farmers, the environment and wider society?

Part of our project is to explore possible wider benefits to moorland regeneration.
To investigate this, we asked researchers to organise a series of workshops (discussion groups), inviting potential partners with strong interests in the moorlands.
The workshops included Peak District moorland owners, farmers and land managers, conservation organisations and water companies.
Given the primary aim was flood reduction, we asked them to talk about other potential benefits and drawbacks, and whether regeneration could be a worthwhile investment – for themselves, the environment and local communities.
Most participants greatly appreciated the moorland environment, and agreed that wider benefits could include:
improved water quality with less peat and other particles flowing off the hill, bringing lower treatment costs for water companies
richer, more diverse wildlife habitats

On the minus side, the workshops revealed fears of:

How could larger-scale regeneration be achieved?

We asked the workshop groups to look at factors that might influence moorland owners and managers in deciding whether to launch their own regeneration schemes. These included:

We also gauged people’s responses to the idea of being subsidised for moorland regeneration and footpath restoration through a potential Payment for Ecosystem Services (PES) scheme.
Defra is exploring this through the UK Peatland Code – a pilot scheme to promote business sponsorship for restoring damaged peat bogs.
Most workshop participants were open to considering such schemes, particularly if they compensated those whose businesses would lose out.
Many were willing to look wider than their own interests for the sake of community-benefits, but still would need to prioritise the viability of their business.

Researchers from the universities of Aberdeen, Birmingham, Leeds and Northampton, and ecological consultants Ecologos led the workshops and analysed the results.

Here is a link to PDFs of their reports:

i) Valuing the Dark Peak

We hope that the evidence and research being gathered by Making Space for Water will make a contribution to future government and land management policies.
We believe it is demonstrating that harnessing nature through moorland regeneration can help to reduce flood-risk downstream in the River Derwent. As a result, it could be used to complement engineered flood defences.
We also believe that society would benefit in many other ways from restoring these globally rare and protected ecosystems to long-term health.
It is up to policy makers, moorland owners and managers to decide whether these multiple benefits are desirable and could be made viable, and we hope our evidence will help their decision-making.

Annex 2. The development of plant diversity

Researching water in the uplands

Reports and other useful documents 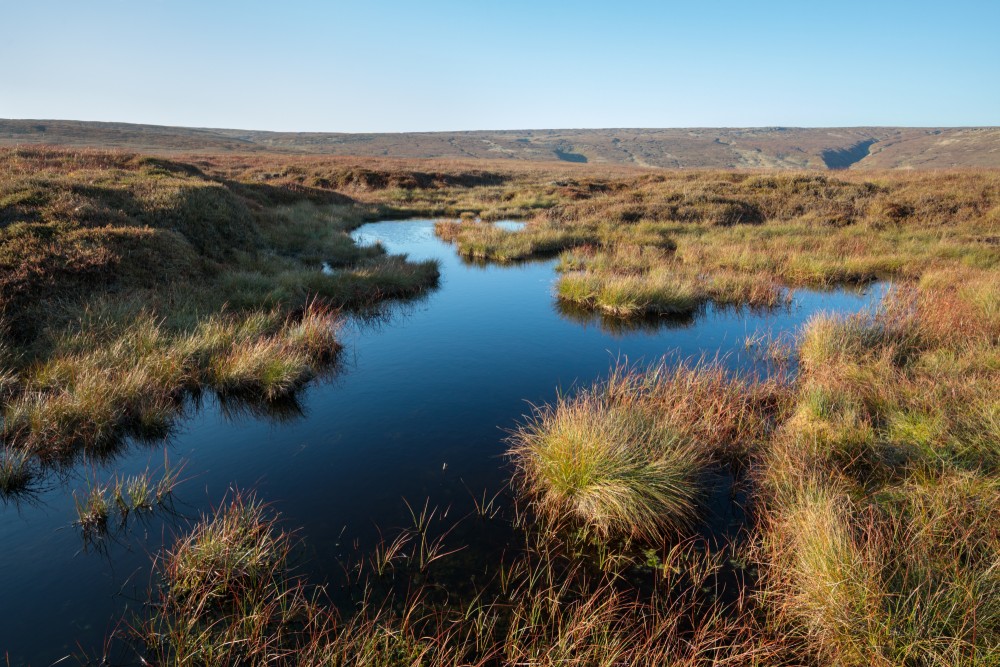 Reducing the risk of flooding