A study has found that approximately 9 million tonnes of carbon is stored within the peat soils of the Bamford Catchment in the Peak District National Park.

If all this carbon was emitted as carbon dioxide, it would be equivalent to greenhouse gas emissions from running 8 coal-fired power stations for a year, or driving 82 billion miles in an average passenger vehicle.

To help in the fight against climate change, it is crucial that carbon stored in peat is kept there.

Peat stores huge amounts of carbon. In good condition, blanket bogs like those in the Bamford Water Treatment Works catchment, take carbon dioxide in from the atmosphere, storing it as peat. In poor condition, bogs contribute to carbon emissions. It is estimated that across the UK degraded peat contributes to 3.5% of the UK’s emissions. 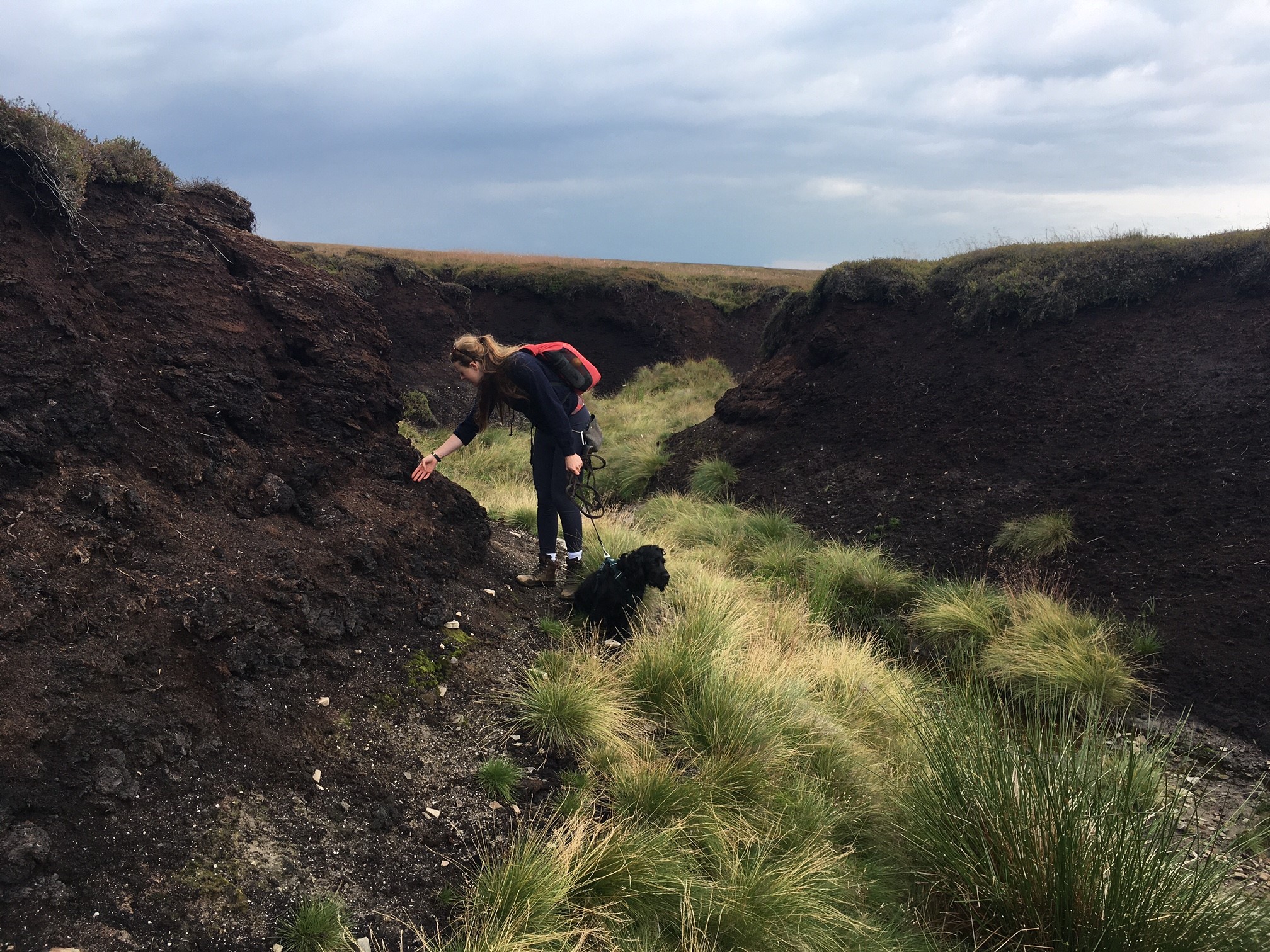 Restoring the blanket bog moors in the Peak District and South Pennies has been the mission of Moors for the Future Partnership since 2003. Rewetting, and replanting a living bog layer, reduces erosion and oxidation  of peat, keeping the carbon locked away. With COP 26 approaching, we’re raising awareness of the importance of the role played by peatlands in the fight against climate change.

This study investigated how much carbon is stored within the blanket peat in the Bamford Water Treatment Works catchment in Derbyshire, UK.

A series of full profile peat cores were extracted from locations across the area. The cores were analysed to find their soil bulk density and carbon content. This data was used to estimate the amount of carbon stored in the catchment.

Peat cores were taken by Moors for the Future Partnership staff and volunteers in February and March 2021. A total of 67 cores were sampled and sent to the laboratory. 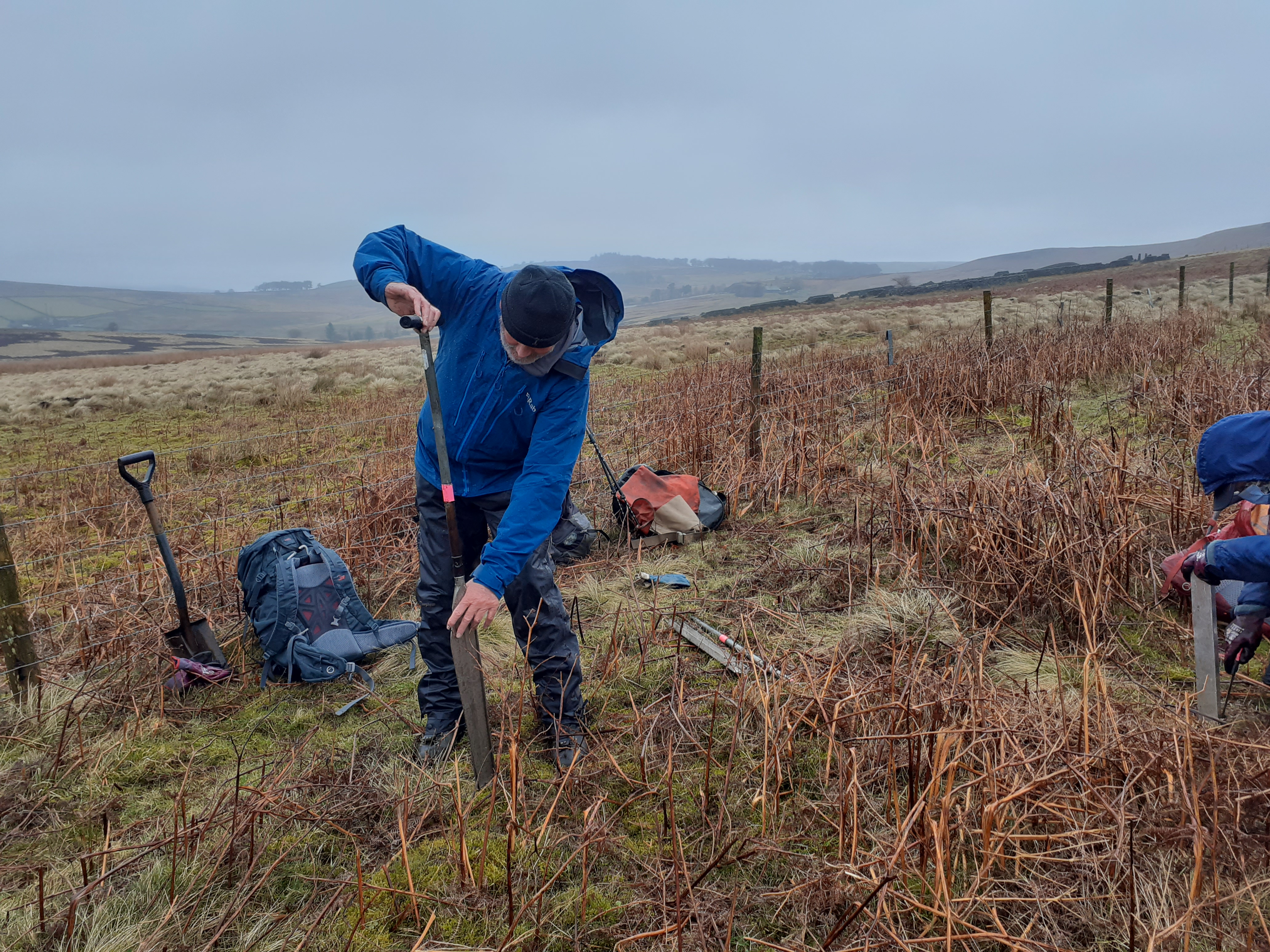 The study builds upon the findings and recommendations of a 2011 peat depth survey of the same catchment.

The study found that the soil bulk density and carbon concentration of peat within the Bamford Water Treatment Works catchment follows a similar pattern: high in the uppermost layer of the bog, lower in the main peat body, and higher at the base of the bog. 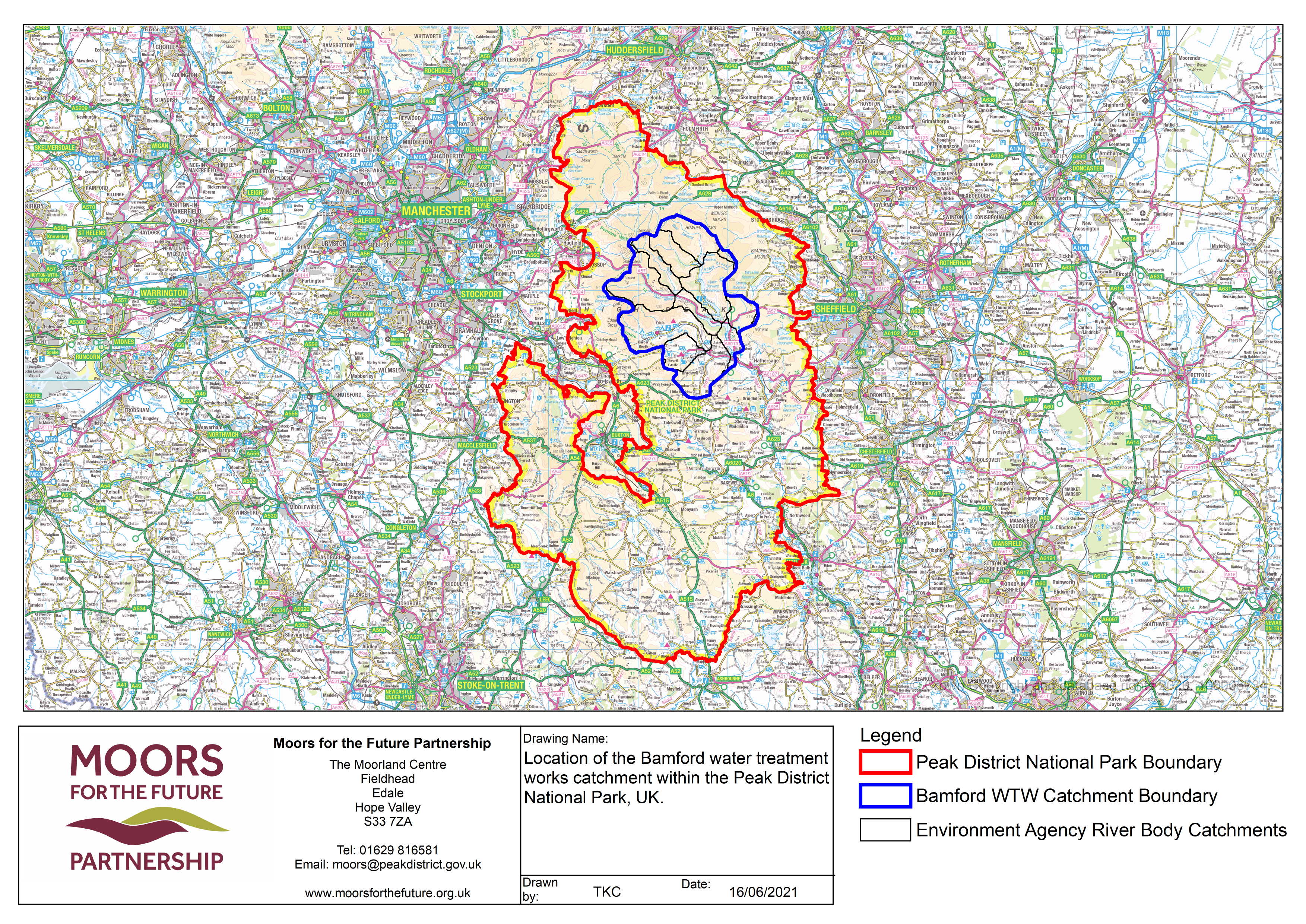 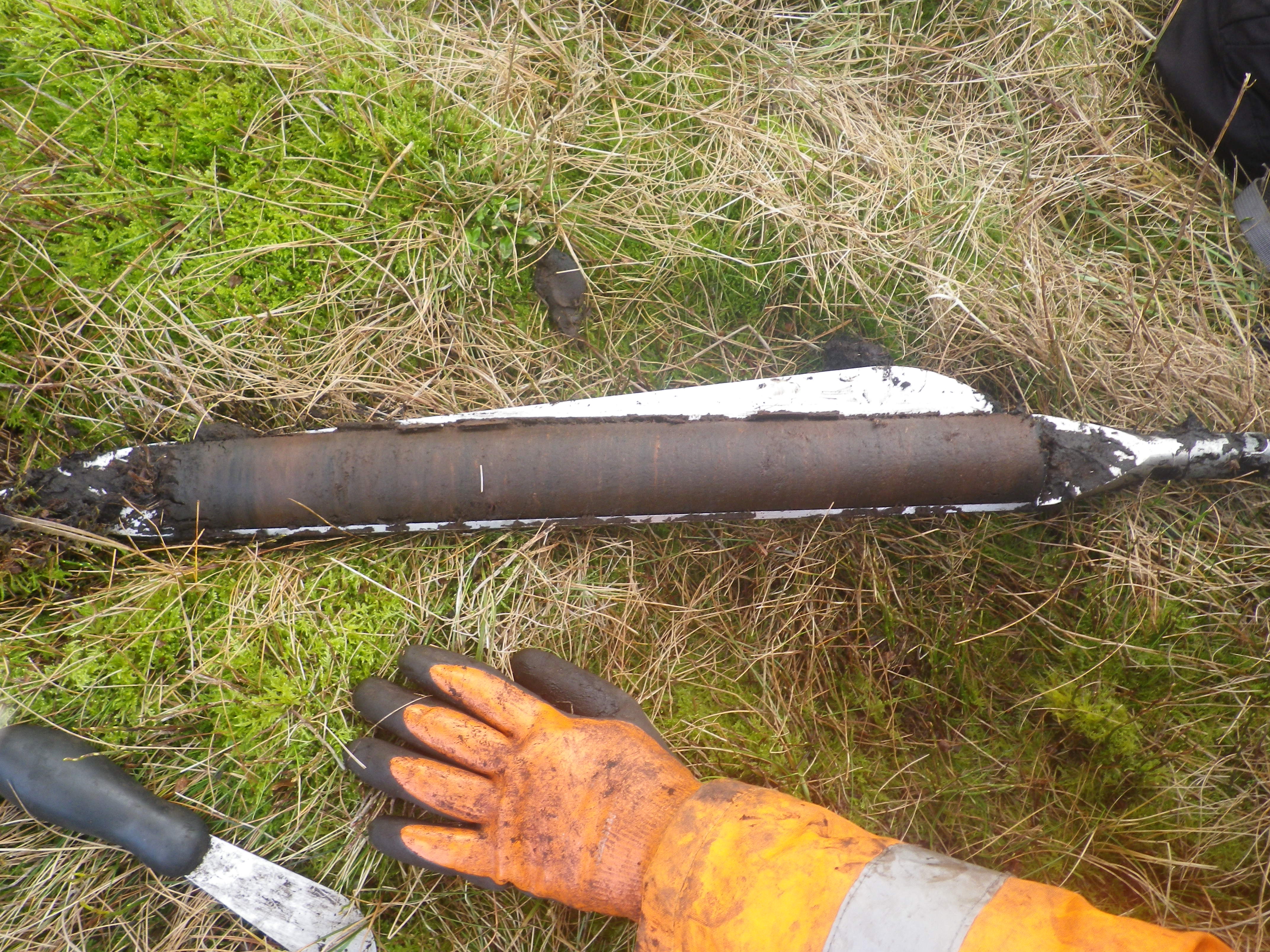