Building Blocks – next steps in gully blocking is a project part-funded by the European Agricultural Fund for Rural Development under the Natural England Water Environment Grant (WEG) scheme. Building Blocks aims to improve biodiversity in the South Pennine Moors Special Area of Conservation (SAC) by re-wetting blanket bog, with the installation of several thousand gully blocks (gully blocks are mini-dams that raise the water table and/or slow the flow of water off the moors). One of the project objectives has been to identify the locations of the next 100,000 gully blocks in the SAC; working at this landscape scale, it is important to take a strategic approach underpinned by scientific evidence.

To locate and map these next locations, Newcastle University was commissioned to develop a hydrological model to prioritise future gully blocking locations across the SAC. The model prioritises gully blocks to help target restoration works for the greatest benefit. This methodology aims to generate the largest ponding area of water using the least number of gully blocks and allows prioritisation both intra-site and inter-site. Therefore, we can prioritise specific sites as well as prioritising the works within those sites to maximise their impact on a landscape scale. As well as improving biodiversity the project has additional multi-benefits including:

The hydrological model has identified over 2 million prioritised locations that will be best placed to restore hydrological functioning and vegetation cover. In turn, this will support active peat-forming vegetation to benefit biodiversity. These locations have been shortlisted to form the final locations for the next 100,000 gully blocks in the South Pennine Moors. 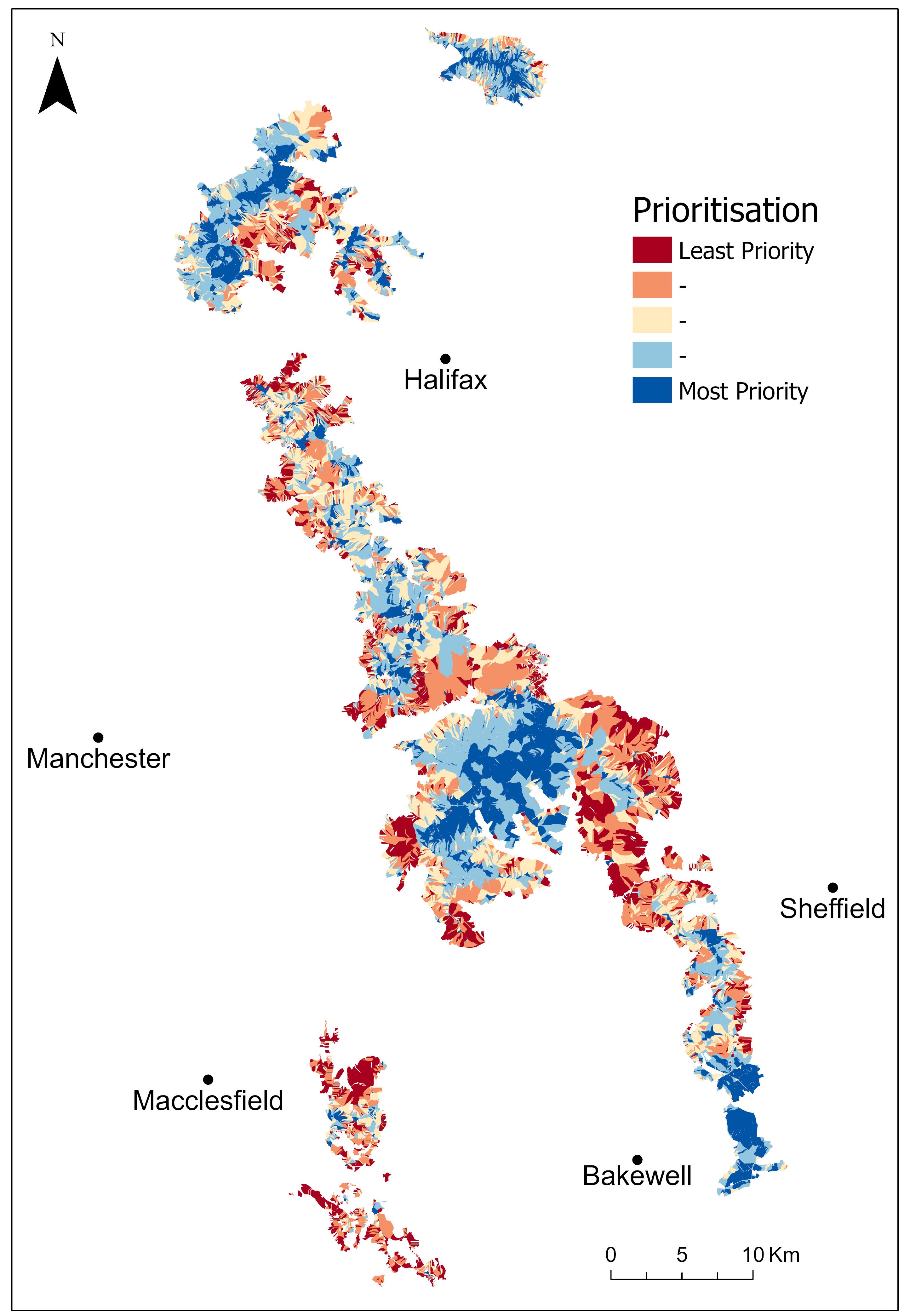 This map shown above shows prioritised mini-catchments across the South Pennines SAC. Prioritisation is based upon the percentage surface area ponded by modelled gully blocks in each mini-catchment.

Dr Sam Dixon, senior GIS officer at Moors for the Future Partnership and contributing author said, 'The work utilises the best currently available topographic data alongside a novel modelling approach to prioritise gully blocking locations across the full 65,000 hectares of the Peak District and South Pennines SAC. This highly strategic approach will revolutionise our future work during both the planning and delivery phases, ensuring that we are achieving the best outcomes possible for blanket bog in the South Pennines.’

The project continues and more information about the project will be available later in the year.