Moors for the Future Partnership have announced the winners of their 2018 photo competition.
The winning images showcase Britain’s upland landscapes – including mountains, moorlands and bogs – and feature people having some amazing adventures.

Judges Kate MacRae and Jack Perks chose the winners from a wide range of excellent entries, with photographers coming from 14 different countries around the globe.

Overall winner of the adult’s category was Jay Birmingham from Staffordshire, with his atmospheric image of sunrise in the Peak District, starring his wife Mim. 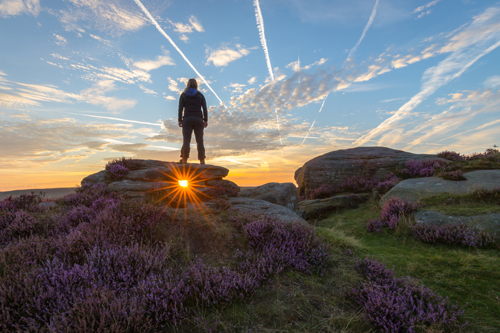 Standing on the Sun by Jay Birmingham, winner of the adults category

Jay said “My wife is as just thrilled as I am! I love all the other photos too - they show how wonderful our uplands are.”

Judge Kate MacRae said “This is such an atmospheric shot; you can almost feel the chill in the air. I love this image!” 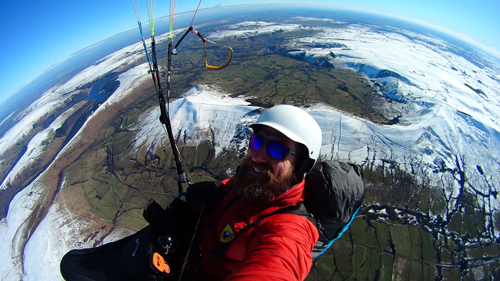 Second prize in the adult’s category went to Lee Cooper from Derbyshire, for his paragliding selfie.

The image was taken at 5000 feet over Mam Tor during what turned out to be a turbulent flight. Lee said: “This photo is from an epic flight that optimises what this sport means to me - a sense of living life and a roller coaster of emotions. I spent over 45 minutes bimbling about with a big grin to my face, before flying like a startled rabbit frantically trying to find some stable air.”

Judges praised the ‘wow factor’ of the image. 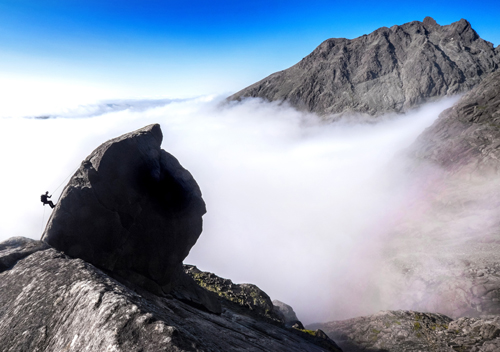 Third prize in the adult’s category went to Geoff Shoults for his photo of The Cioch on Skye.

Judges were impressed by the incredible landscape and sense of scale captured in the photo. Geoff said he took the image on a day of “cloud inversions and really terrible midges!” 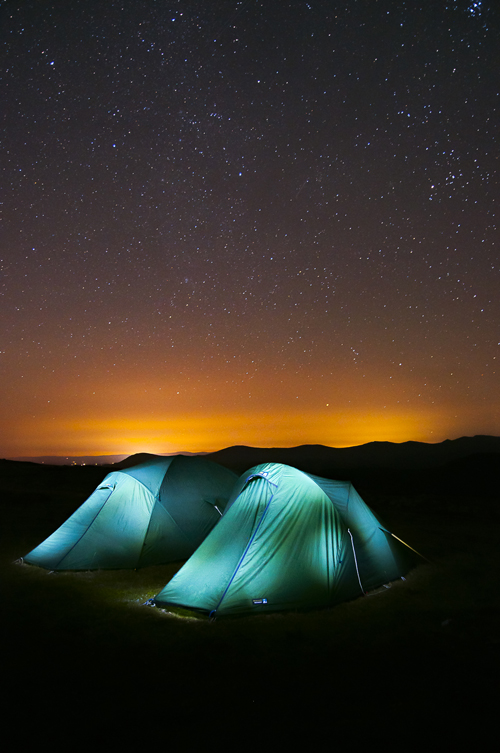 The 15 and under category winner was James Fleet

The young photographer of the year in the 15 and under category was James Fleet.

Judges praised the vibrant colour contrast in his image of a family camping trip to the Lake District. Judge Kate MacRae said “it’s a very challenging subject to photograph and get exposed correctly, and a wonderful image of an overnight adventure.”

The Community Science project which runs the competition is funded by the Heritage Lottery Fund.

Chris Dean, Moors for the Future Partnership Manager was really impressed by the entries, and said: “Moving people to protect our environment is essential. Powerful photographic images are one of the best tools we have to achieve this. The winners of the competition have moved all of us with their exciting images.”

First prize was a wildlife spotting telescope donated by Opticron, whilst second prize was a walking gear bundle from Adventurequip outdoors shop. The winner of third place received a £50 voucher courtesy of Alpkit, whilst the young photographer of the year was presented with a bird box nest camera system donated by Gardenature.

The winning and shortlisted images are available to view on the Community Science Flickr page.

A touring exhibition of winning and shortlisted photos will on display at various locations throughout 2018. Further information can be found on the Moors for the Future Partnership website.