The Cutthroat track, just off the A57 Snake Pass near the Ladybower dam, suffers from its popularity. Water running off the moors and lots of visitor traffic means that sections of the pathway are often incredibly muddy and large stretches were badly degraded.

Work took place over 13 weeks from January 2018, to prevent further erosion into the precious moorland habitat, which is home to special birds and animals including mountain hares, swallows and curlews.

Moors for the Future Partnership delivered works for and on behalf of the owner of the Moscar estate, with funding coming from Derbyshire County Council and the Natural England Higher Level Stewardship scheme.

Over 400m of the pathway has been restored, which included airlifting 50 tonnes of stone to the remote site; more than 45 days involving machinery including diggers, and around two years of meticulous planning and preparatory work.

The work involved digging soil from underneath the line of the path, and laying it back onto the surface to provide a more sustainable route. Local stone was brought to the site to create ‘water bars’ which will help stop the path eroding after heavy rain. Moorland plants and shrubs have also been planted, to cover the bare soil and help to hold water on the hill.

The Beast from the East scuppered efforts to get anywhere near the track for a week or so during February. The A57 Snake Pass route was closed for days as the relentless snow showed no signs of stopping. As soon as the road was accessible again, hardy staff, contractors and volunteers were back out on site to progress with the job.

All works undertaken at the site were done with an archaeologist present. Land over which the Cutthroat track runs has been the subject of a range of archaeological surveys since the mid-1990s. The most significant features recorded included an extensive Bronze Age field system, cairnfield and settlement. 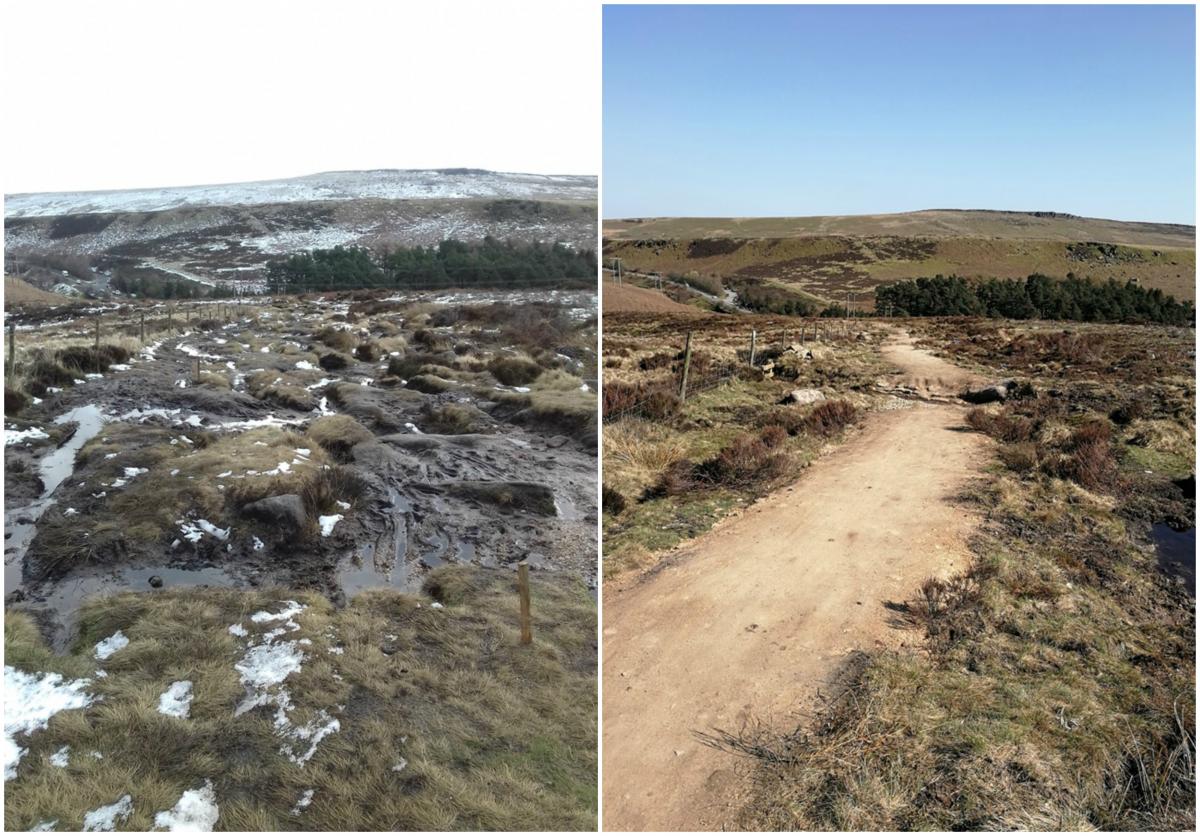