Moors for the Future Partnership has received a boost to its work to restore the moorlands of the South Pennines, including the Peak District National Park. 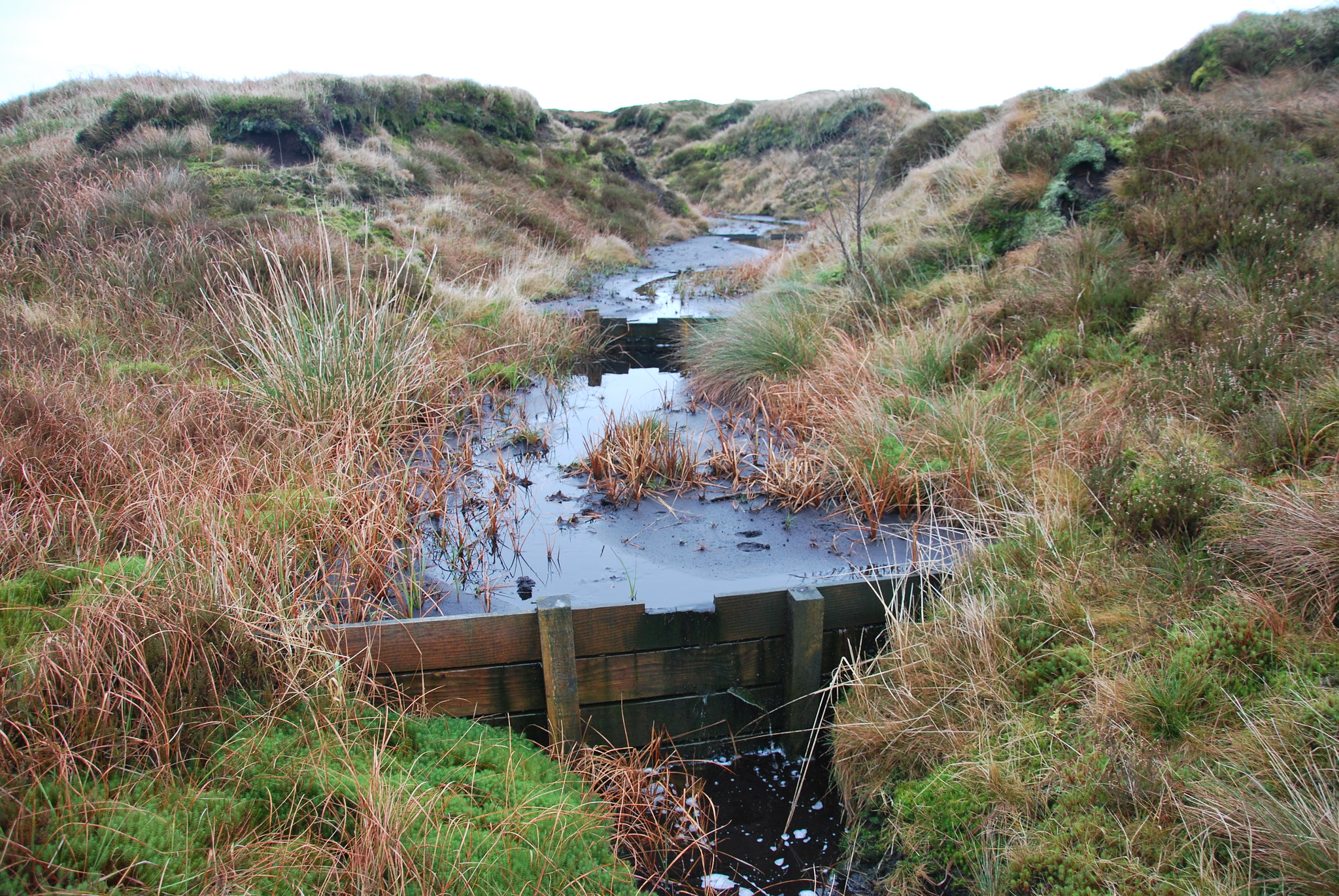 It has been awarded a Water Environment Grant (WEG) of nearly £2 million by Natural England for its project: Building Blocks – Next Steps in Gully Blocking. The 24-month project will allow the Partnership to improve biodiversity, and reduce water colouration – work which will inform the Partnership’s moorland restoration work into the future. The project is part-funded by the European Agricultural Fund for Rural Development.

The South Pennine Moors Special Area of Conservation (SAC) and Special Protection Area (SPA) includes the major moorland of the South Pennines from Ilkley in the North to Leek and Matlock in the South. It includes extensive areas of moorland, including blanket bog, home to a wide variety of wildlife.

Peatlands are the largest natural terrestrial carbon store, and damaged peatlands are a major source of greenhouse gas emissions. Thus their restoration is an essential weapon in the battle against climate change, alongside other campaigns such as the replanting of trees.

However, 200 years of historic air pollution from the industrial revolution and wild fires have led to this area being degraded on a massive scale. The vegetation on the moors has been stripped away, exposing bare peat, which is easily eroded, releasing carbon back into the atmosphere, increasing the risk of wildfire, and making floods more likely downstream.

Bare peat is also washed downstream into reservoirs, which, as it contains heavy metals deposited by centuries of pollution, is costly for water companies to clean.

Since 2003, projects undertaken by Moors for the Future Partnership have installed over 30,500 mini-dams, to slow water run-off, and form natural flood management. They also plant sphagnum moss and other natural moorland plants to stabilise the bare peat.

Under the Building Blocks project, over the next two years the Partnership will construct a further 7800 mini-dams; and plant 400 hectares of sphagnum.

However, the project will not stop there. The work done under the Building Blocks project will enable the Partnership to map a further 100,000 gullies that need their attention, allowing them to create a list of areas to prioritise in their work for many years to come.

The Building Blocks project will further enhance a collaborative partnership working well both within designated and non-designated landscapes, ensuring resources are secured for the most sensitive landscapes.

Dave Parker, East Midlands Area Manager of Natural England, said: ‘We are delighted that Moors for the Future’s Building Blocks project has secured such a substantial Water Environment Grant. The project will deliver crucial work to help restore the hydrology of blanket bog within the South Pennines Moors Special Area of Conservation. This work is vital to the long-term health and condition of these important peatlands.’

This is in line with the Environment Agency’s Draft National Flood and Coastal Erosion Risk Management Strategy for England.

Louise Cresswell, Area Director for the Environment Agency said: ‘Climate change has created many new challenges, not least flooding. The Building Blocks project from Moors for the Future Partnership is exactly the sort of forward-looking, Natural Flood Management initiative needed to create a nation ready for, and resilient to, flooding. It also helps to store carbon on the moors, providing long-term protection against climate change itself, and improves water quality.’

Chris Dean, Head of Programme Delivery at Moors for the Future Partnership said, ‘We are very grateful that Natural England has recognised the importance of healthy blanket bog in storing carbon and purifying water. This is a large-scale project, and represents a great vote of confidence in the work of the Partnership. It is also a great testbed of partnership working across administrative and statutory boundaries, taking our work in restoring the moors to health into the future, and creating an environment vital to the health and well-being of wildlife and humans alike.’