This year's round of gully blocking on Bleaklow in the Peak District National Park was completed on 13th November.

A total of 1,300 tons of gritstone was flown in as part of the EU LIFE+ funded MoorLIFE project. Over 1,800 stone dams were constructed since the work began on 6th September. On our best day – Tuesday 9th October – 127 loads of stone were airlifted in and 127 stone dams constructed.

The works team consisted of 6 – 7 staff per day, including 2 Moors for the Future staff.

Visitors who were given a tour of the works in progress include the Peak District National Park Authority Chief Executive Jim Dixon, MP for Penistone and Stocksbridge Angela Smith,  Authority Members Christopher Pennell and Deputy Chair Geoff Nickolds.

A total of 3,600 stone dams and 850 heather bale dams have been built on Bleaklow since November 2011. The dams will help restore water levels, preventing the moorland from drying out and suffering further damage from wind and rain. They also help create the right conditions for re-vegetation of the bare peat.

This phase of work is part of wider moorland restoration work taking place in the Peak District and South Pennines as part of the MoorLIFE project. 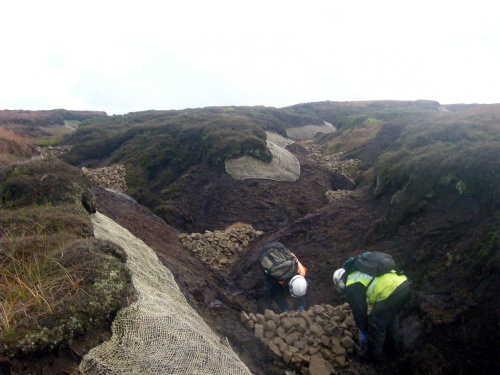 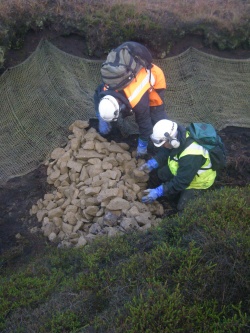 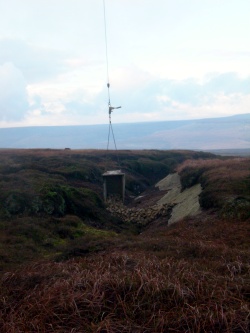