Pennine Prospects, alongside Moors for the Future Partnership, have produced and distributed a leaflet to raise awareness around fire prevention and response. 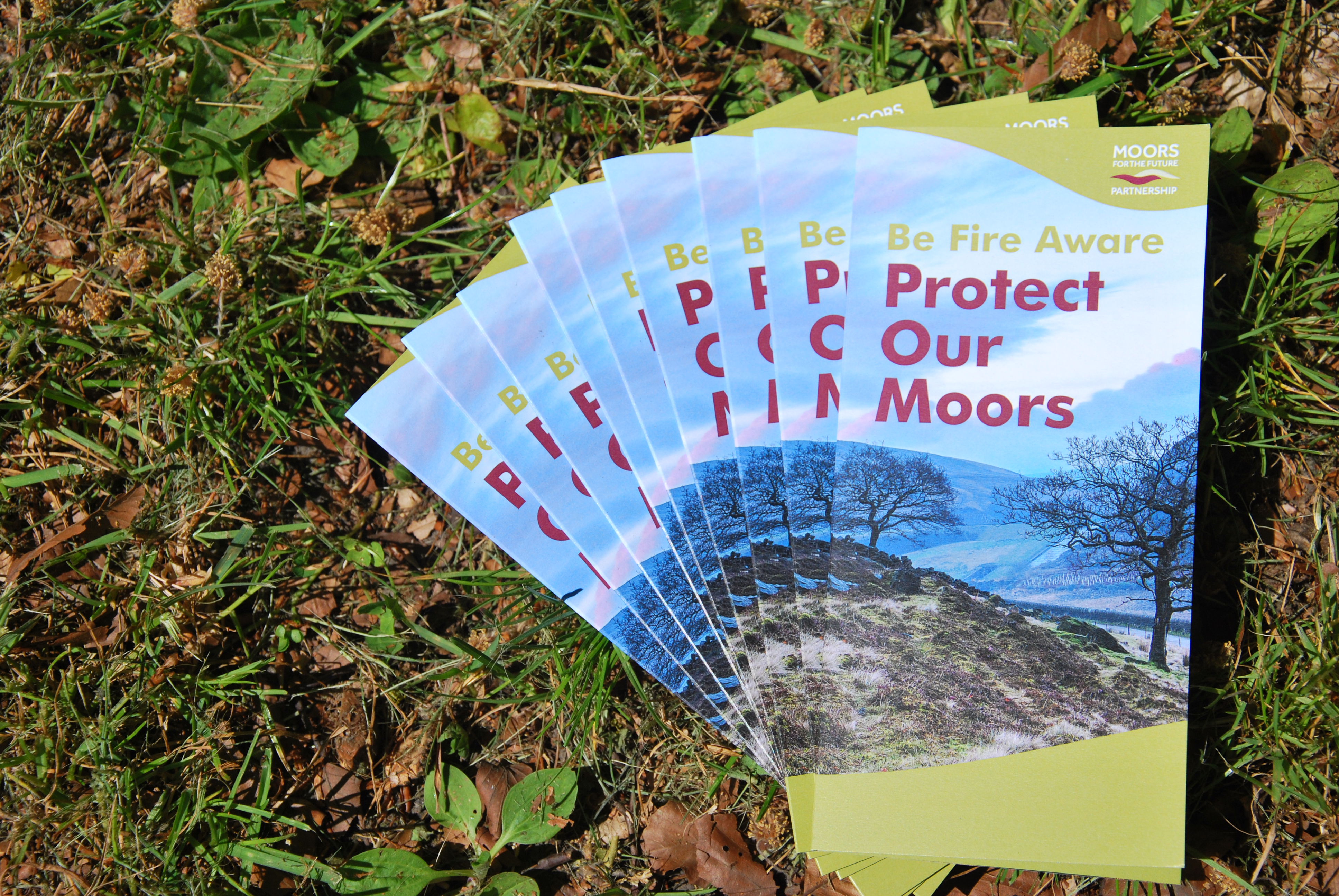 As a response to this growing number of fires across the Peak District National Park, the South Pennines and West Pennine Moors, Pennine Prospects and Moors for the Future Partnership have published a leaflet urging people to be more fire aware and ‘Protect Our Moors’. Thousands of copies are being distributed across the National Park and public sites in preparation for the peak visitor season.

The publication of ‘Protect Our Moors’ and the growing frequency of fires this year has gained coverage in the press, the Yorkshire Post and Ilkley Gazette in particular taking a closer look at the destruction on Ilkley Moor:

‘Much of the peatland in the Peak District and South Pennines is much drier than it ought to be and the dry peat will burn. Moorland fires are easily started by people lighting barbeques, campfires and cigarettes. Although they put their fire out, underground peat may have caught alight, which can burn, unseen, for days or weeks before re-emerging to ignite the surface. If you see a fire, don’t assume it is a managed burn. Phone 999 immediately.’

The moorlands are an internationally important habitat:

Help to protect these landscapes and call 999 if you see a fire on the moors. Look out for the Protect Our Moors leaflet.